Charla Rath joined Verizon in January 2010 as Vice President – Wireless Policy Development, where she leads a team engaged in the development of Verizon’s public policy positions on spectrum and other wireless issues.  Previously, as Executive Director – Spectrum and Public Policy at Verizon Wireless, Charla worked with the company’s business development and network planning groups to address policy and regulatory issues related to the acquisition of spectrum.

Prior to joining Verizon Wireless, Charla was Vice President – Strategic Affiliations, of NextWave Telecom Inc., where she established a business alliance of small carriers and coordinated advocacy on spectrum auction and financial issues.  As Vice President of Freedom Technologies, Inc., a Washington, DC-based telecommunications consulting firm, she advised governments and companies worldwide on a range of telecommunications structural, regulatory and business strategy issues.

Charla also served in the government as advisor to FCC Chairman Alfred C. Sikes on common carrier and spectrum policy issues and as a primary specialist in spectrum and internet policy at the National Telecommunications and Information Administration.  Early in her career, she worked in both the United States and Europe on projects related to the impact of information technology on the financial and education sectors.

Charla has an MA in science, technology, and public policy from The George Washington University and a BSFS (Foreign Service) in international economics and finance from Georgetown University.

In France, he is directly responsible for preparing the revisions of the French national table of spectrum allocation and for coordinating French positions in international meetings on spectrum within ITU, CEPT and EU. He was deputy head of the French delegation for RRC-06, WRC-07 and WRC-12.

He is graduated from Ecole Supérieure d’Electricité (SUPELEC).

Dr. Brian S. Teeple, a member of the Senior Executive Service, is the Principal Director to the Deputy Chief Information Officer (DCIO) for Command, Control, Communications and Computers (C4) and Information Infrastructure Capabilities (IIC), Office of the Secretary of Defense (OSD), Chief Information Officer. He provides technical expertise and broad guidance on policy, programmatic and technical issues relating to C4IIC to integrate and synchronize Defense-wide communications and infrastructure programs and efforts to achieve and maintain information dominance for the Department of Defense. He manages efforts defining DoD policies and strategies for design, architecture, interoperability standards, capability development and sustainment of critical C2 and communications for nuclear and non-nuclear strategic strike, integrated missile defense, and Defense and National Leadership Command Capabilities.

He also serves as the primary OSD advocate for the White House Military Office issues related to DoD communications programs and C2 assets. He was responsible for modeling, evaluating and providing recommendations on future sensor systems for the Missile Defense architecture. He was also part of a select team that performed the study for the Senate Armed Services Committee evaluating alternative sensors and platforms including THAAD derived radars, Sea-based XBR, SBIRS Low and the High Altitude Long Endurance EO systems.

Prior to his current assignment, Dr. Teeple was the Director of the Advanced Technology Office in the Advanced Systems and Technology Directorate, NRO. He served as the focal point for all technology development activities across the NRO Tech Enterprise.


Professor H Sama Nwana is Founder & Director of Atlantic Telecoms & Media, a UK-registered Telecommunications, Media and Technology (TMT) consultancy firm specialising on advising Emerging Countries and African economies, but also doing TMT consultancy in mature economies. He has just authored a book entitled Telecommunications, Media and Technology (TMT) for Developing Economies: How to make TMT improve Developing Economies in Africa and Elsewhere for the 2020s. He was until recently Group Director of Spectrum Policy at Ofcom, UK from August 2009 to September 2013 where he was responsible for overall leading of the recent 4G spectrum auction in the UK that raised £2.37 Billion. He oversaw all UK airwaves for broadcast, mobile and other communications services, including leading significantly on spectrum clearances including the Analogue to Digital Switchover (DSO) in the United Kingdom and driving TV whitespaces policy in the UK.. Before Ofcom, he worked at £800M UK transmissions firm Arqiva as Managing Director for 4 years. Before Arqiva, he was also an Executive Managing Director at Quadriga Worldwide where he took digital, hotel entertainment services across Europe. He was a venture capital investment professional and a Senior Manager at BT plc (5 years).
Dr Nwana holds an MA from Queens' College Cambridge, a first degree in Computer Science & Electronic Engineering from the University of Birmingham, an MSc in Computer Science, and a PhD in Artificial Intelligence/Computer Science from Aston University, Birmingham. He also holds an MBA with distinction from the London Business School, University of London. He is Visiting Professor of Telecommunications at the University of Bristol (UK) and Visiting Professor of Computer Science at Brunel University in West London (UK). He has published widely, and is one of the most well-cited non-academic computer scientists.. He is on the Board of Breezie, advises the Commonwealth Telecommunications Organisation based in London and is a Trustee of various charities, and a consultant to various companies. 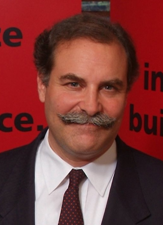 Dr. Theodore (Tod) Sizer is Vice President of the Wireless Research Program in Bell Laboratories.  In this role he leads teams in seven worldwide locations innovating in all aspects of wireless systems, technology and software.  In addition his teams collaborate with fixed access systems including copper, and optical with special opportunities being explored at the convergence between these and wireless.

Recently he has had significant impact as a key proponent and inventor of the lightRadio™ technology and systems leading to Alcatel-Lucent’s product line solution to address the current Wireless Data explosion.

During his tenure at Bell Labs he has performed research in Wired and Wireless Home Networking, Fixed Wireless Loop systems, Video Watermarking technologies, Optical Computing and Switching Systems, and High Power Laser Design. He was a member of the technical team in Lucent’s role as a promoter in the Bluetooth Special Interest Group (SIG).  His responsibilities in the SIG included being Chair of the Coexistence Working Group. 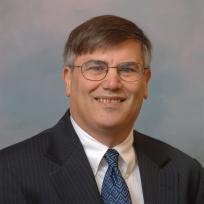 Dean Brenner is Senior Vice President, Government Affairs for Qualcomm Incorporated. He directs Qualcomm’s global spectrum acquisitions and strategy and is responsible for the Company’s global technology policy. He represents Qualcomm before the Federal Communications Commission and other agencies of the United States and Canadian governments responsible for spectrum and telecommunications policy and interacts with spectrum regulators around the world. He also leads Qualcomm’s policy initiatives relating to mobile healthcare.

Mr. Brenner led Qualcomm’s bidding team in spectrum auctions in India (the 2.3 GHz band), the United States (the 700 MHz band), and the United Kingdom (the L Band). In addition, he was responsible for obtaining the regulatory approvals for Qualcomm’s sale of Lower 700 MHz spectrum to AT&T in 2011. In 2006, he obtained the regulatory approvals to launch FLO TV, a mobile TV service. He has spoken at conferences on spectrum policy in the United States, Canada, South Korea, Belgium, Great Britain, and elsewhere around the world. He joined Qualcomm in November 2003. 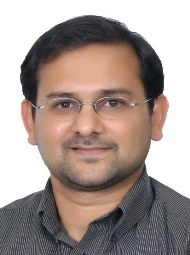 Rakesh Taori is a Technical Director with Samsung Research America. Rakesh has over 21 years of work experience. The last 13 years have been in the area of Wireless Communication Systems.
Rakesh started his career with Philips Research Laboratories (Eindhoven, the Netherlands) in 1992, where he designed from scratch, and implemented a complete “natural sounding” parametric speech coding system, called Harmony-1, for very low bit rate storage of speech signals.

Rakesh joined Ericsson in the year 2000. He started his work in the WPAN area (Bluetooth) and designed faster inquiry and co-designed adaptive frequency hopping algorithms for the low rate mode of Bluetooth, both of which were adopted in the standard and used widely. Rakesh’s main contributions were in the area of distributed MAC algorithms.

In 2004, Rakesh joined Samsung Research in Suwon (South Korea) where he contributed towards the development of fundamental architectures and MAC mechanisms for Cellular and WLAN multi-hop systems. Rakesh led Samsung's standardization efforts and significantly contributed to the IEEE 802.16j standards (Industry's first cellular relay standard) and the IEEE 802.11s standard (WLAN mesh).  In 2008, Rakesh joined Samsung Electronics in Suwon (South Korea). He led Samsung's 4G standardization efforts in IEEE 802.16m, which was adopted as one of the ITU-endorsed IMT-Advanced systems. Rakesh was the Vice Chair of IEEE 802.16 Working Group.

Since 2011, Rakesh was responsible for Samsung’s R&D effort in the MAC and Access Network area for 5th Generation Cellular Systems and Next Generation WLAN systems. In particular, Rakesh was the key architect for the cloud cell concept comprising user centric virtual cells with cooperating base stations operating in flat network topologies.

As of today, Rakesh holds 64 US patents. 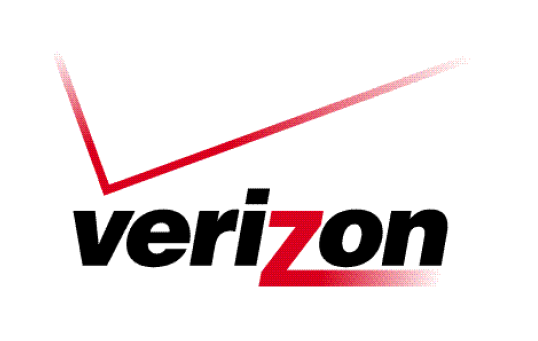